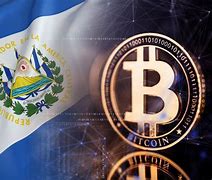 Bitcoin price saw a ”flash crash” on Sept 7, tumbling to lows of $42,330 within a relatively short time. The price drop of nearly $10,600 or nearly 20% from highs of $52,944 marked the largest since May. Bitcoin bulls had ignored news of El Salvador’s BTC legal tender and that of Mcdonald’s crypto adoption.

On Sept. 7, Bitcoin became an official legal tender in El Salvador, three months after the Bitcoin Law passed the country’s legislature. While the move marks a world first, El Salvador’s President Nayib Bukele said in a tweet the “bitcoin process” in the country comes with a “learning curve.”

In a show of support, crypto proponents were urged to buy $30 worth of Bitcoin to commemorate the occasion known colloquially as “Bitcoin Day.”

Bitcoin traded at $47,000 at the time of post after El Salvadorian President Nayib Bukele, tweeted that he was “buying the dip” with “150 new coins added.“

The selloff triggered liquidations of billions of dollars of trading positions due to margin calls, across both centralized and decentralized exchanges. According to the website Bybt, about $3 billion of liquidations were recorded in the past four hours.

Trader and analyst Scott Melker, known as “The Wolf of All Streets,” blamed large-volume traders:

“Leave it to whales to dump Bitcoin on the day that El Salvador makes it legal tender,”“Real volume on the selling as well.”

Cryptoanalyst, PentoshiwontDMYou, noticed the palpable fear in the market despite Bitcoin trading to highs of $52,944 in the early hours of Tuesday, stating:

”A lot of fear this morning. Markets trade two ways, right now the market is trending up. Lose that PoB from May and I look for a move to 43-45, for now, this is a retest. Have a plan, manage risk, capture the meat of the move. Money to be made both ways. Been a great month $BTC”

”Day opened with equities risk-off. Some sell down of BTC. Medium levels of fundamental inflows (selling). Then stop hunt/liquidity collapse. $1.1b of BTC liquidations. Overall unsupported by investor fundamentals on-chain. Exchanges are now in outflows (buying)”

He continued: ”Not entirely sure WTF just happened, but that’s the sequence of events. The sell-off was mainly on derivative markets (like most crashes)”

Trader and Analyst, CryptoMike speaks on what to expect afterward:

”This is the scenario I expect after this huge dump caused by several liquidated leveraged positions. At the end of the day, it was an opportunity to accumulate. If it closes above 47k I bet we will break above these structures, if it closes below I will look at 38k range”.

Bitcoin mine in flares tensions