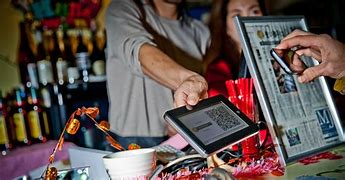 My perspective is that we’re being used.”

Nez’s office did not respond to requests for comment.

To some Diné, WestBlock project resembles a form of crypto-colonialism, a term that describes the exploitation of lands and resources by cryptocurrency and blockchain interests, often under the guise of progressive or egalitarian rhetorics for the host communities.

The project began in 2018 when WestBlock CEO Ken MacLean was introduced to the NTUA via a power broker. With NTUA, WestBlock found a source of “stranded” energy, which many cryptocurrency mining firms seek out: power with no customer to buy it, and thus an opportunity for arbitrage.

NTUA initially had a 51 percent ownership stake in the mine, but recently sold that interest back to WestBlock, who now have complete ownership over the mine and its production. NTUA declined to how much it earned from the sale. Moalemi said the NTUA felt they had capitalized on their investment and that it was “appropriate” to sell their ownership interest “for the benefit of all our customers.”

NTUA continues to provide basic utility services to the mine.
Moalemi said that tax revenue to the Navajo Nation for these utilities over three years is approximately $48,000 USD, not including worker pay.

A short documentary detailing the project by Bitcoin mining hosting company Compass was released last week, framing the mine as a means to achieve sovereignty and economic prosperity for the nation. But some Diné are bristling at the idea of a foreign Bitcoin mining company getting access to dirt cheap electricity while residents in Navajo Nation live without basic utilities like power and running water.

Tyler Puenté, who commented on a since-deleted Facebook post from Navajo Nation President Jonathan Nez’s Facebook page about the mine’s groundbreaking ceremony that Navajo leadership are allowing outsiders to take advantage of Diné, told Motherboard that he sees the Bitcoin mine as a form of “financial colonialism.”

“I think Bitcoin companies prey on communities like my own,” said Puenté.

Some Diné feel these benefits are meagre compared to the potential costs, since the mine is still partially powered by non-renewable sources. Carol Davis, executive director of Navajo environmentalist sovereignty organization Diné Citizens Against Ruining our Environment [Diné C.A.R.E.], organizes grassroots Diné resistance to unsustainable and damaging energy projects on the Navajo Nation.
Davis said that the project is in step with a history of resource extraction on Navajo lands that has devastated the environment and local water supplies while increasing risk of chronic illness for Navajo people.

“Even in this Bitcoin project, what happens is these projects are energy-intensive,” said Davis, who has to haul water to refill her home’s cistern and septic system.

Bitcoin ATMs are on the rise in the country, physical bearer instruments like OpenDime offer hope, and any form of value salvage, even if purchasing bitcoins through shady intermediaries in person or online, are worth a shot at this point for many Venezuelans.

Even the hypocritical Venezuelan government reportedly used Bitcoin to circumvent international sanctions by turning airport taxes into Bitcoin. It’s evident that Bitcoin’s permissionless nature is powerful in avoiding centrally-administered restrictions, but still, the extent to which it is used in Venezuela is low and hard to quantify accurately.

Interestingly, in the face of capital controls and a depreciating Yuan, a recent Coindesk piece highlighted that the Chinese prefer Tether to Bitcoin because of its stability anyways.

Unlike President Bukele of El Salvador, the politicians on this list all come from different countries and only represent the constituents of the region they were elected in. But the trend could speak to a larger want from the people that these politicians represent.

Perhaps even more powerful a motive is fear of missing out.

Should El Salvador successfully adopt Bitcoin and have an economic benefit to show for it, other countries may find it irresistible. This benefit could come in the form of increased wealth from Bitcoin ownership in the country or a growth in the tech industry from tax incentives related to cryptocurrency.

So far, none of these countries have actually adopted Bitcoin as legal tender, but it is certainly a trend to pay attention to.

There is a correlation, but it is hard to judge whether or not it is definitive, and analysis by TokenAnalyst is opposed to such a narrative having merit.

CoinMetrics dives into the increasing global quantitative easing and negative bond yields in Europe as worrisome indications of a shaky macroeconomic environment. Additionally, it zooms in on the US-China trade war and the resulting collateral effects.
An early conclusion is that the connection between adverse macro events and Bitcoin demand are tenuous at the moment, but that is less so when understanding Bitcoin’s use against capital controls.

For example, strict capital controls in Venezuela limit citizens from swapping the Bolivar for foreign currencies to minimal amounts.

Samuels says despite now having its first black mayor, Baton Rouge has a history of racial tension. Just last year, a majority-white part of the city launched a failed petition to secede.

He says how authorities handle this incident might determine how the city goes ahead.

SAMUELS: I think this race thing is this issue that is always very close to the surface in Baton Rouge. It’s kind of hard to go forward when we’re allowing one half of the city to just be neglected.

People are genuinely outraged by this issue. But it’s also reflective of this underlying reality that people feel like that what happens in their part of the city doesn’t seem to matter.

GREENE: That is Professor Albert Samuels of Southern University in Baton Rouge.

Compounded with a dictatorial regime, spurious cryptocurrency proposition (the Petro), strict capital controls, and spiraling inflation, Venezuela appears on the verge of collapse.

For some observers, such crises should not become situations of speculation for the impact Bitcoin can make, but the argument has made headway regardless, and in several cases, there are signs Bitcoin is helping.

For example, in efforts to skirt capital controls or salvage any value (the Bolivar is virtually worthless), Venezuelans are increasingly turning to the P2P exchange LocalBitcoins.

According to CoinDance, weekly LocalBitcoins volumes (in Bolivars) have continued on a parabolic trajectory upwards since December 2018.

That’s the nature of the business we’re in.”

Much of the criticism around Bitcoin mining moving into communities tends to revolve around the notion that any power sucked up by a Bitcoin mine could have gone to residents. MacLean said that criticism of the project on the basis of lack of service access on the Navajo Nation is “unfounded,” however.

He said WestBlock is simply filling a gap left by a major customer. “They have 15 megawatts of load that they had nowhere to send it to because a coal plant came offline,” said MacLean.

NTUA senior counsel Arash Moalemi, who is Diné and has been involved with the WestBlock deal since its origin, told Motherboard that the utility generates more than enough power to supply the Navajo Nation, but that logistics make it costly to hook up homes in rural areas.