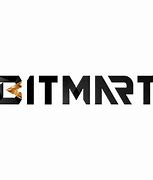 Blockchain security company Peckshield shared news of the theft on Saturday night on social media, claiming that digital currency worth $196m was stolen in the incident.

Peckshield alleged that a hacker pumped crypto-currency worth $96m out of the Binance smart chain and kenneled $100m worth of crypto-currencies from the Ethereum blockchain. It reported that a mix of more than 20 tokens, including Binance, Safemoon, and Shiba Inu, was stolen in the incident.

To cover their digital tracks, the hacker reportedly used DEX aggregator 1inch to switch the stolen assets with Ethereum before sending the loot through non-custodial privacy solution Tornado Cash.

BitMart founder and CEO Sheldon Xia said on Sunday that the company had suffered a security breach that was “mainly caused by a stolen private key that had two of our hot wallets compromised.”

According to BitMart, the cyber-criminal(s) behind the theft withdrew about $150m in assets.

Xia said that the exchange would use its own funding “to cover the incident” and compensate affected users.

“We are also talking to multiple project teams to confirm the most reasonable solutions such as token swaps. No user assets will be harmed,” said Xia.

All withdrawals have been suspended by BitMart while the exchange completes a security review.

The CEO went on to ask for users’ kind understanding while BitMart works to retrieve security setups and return to normal operation.

The CEO is scheduled to share more information regarding the security breach at 8pm EST Monday in an Ask Me Anything session on Telegram.

Steve Forbes, government cybersecurity expert at Nominet, commented: “It’s no surprise that attackers are targeting crypto-currency exchanges; in many ways they are the new banks, which makes this a modern version of a bank heist with arguably less risk and less effort. With a lot of media focus around the use of crypto-currency for nefarious purposes, I expect these criminals are also hoping to attract less attention from law enforcement.”

Ruby on rails bitcoin we need

We the people xrp