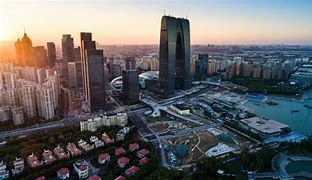 The National Ulema Council (MUI), which is Indonesia’s top Islamic scholarly body, has reportedly declared cryptocurrencies like Bitcoin (BTC) to be haram (forbidden) according to Islam law.

The chairman of MUI’s Fatwa Commission, Asrorun Niam Sholeh, confirmed that the religious authority does not accept cryptocurrencies due to alleged elements of “uncertainty, wagering, and harm.”

According to a Bloomberg report, Sholeh said cryptocurrencies like Bitcoin need to abide by Shariah guidelines as a commodity or a digital asset and show a “clear benefit,” before crypto trading can be endorsed by the MUI.

Bitcoin was one of the subjects discussed at the Ulama Fatwa Commission. The commission is designed to address Indonesia’s biggest social, political, economic, and legal concerns through the lens of Islamic law.

In late October, the MIU’s East Java branch made a fatwa (formal ruling or interpretation on a point of Islamic law given by a qualified legal scholar), labeling the use of cryptocurrency haram.

Although the MUI is a government-funded organization, its latest decision is not in line with any legislation. According to some sources, the fatwa can be used as a source of “legislative inspiration,” even though the MUI admits it is not a law in Indonesia.

Bloomberg stated that the MUI’s latest decision doesn’t necessarily mean that all crypto trading will be suspended in Indonesia. However, the council could prohibit Muslims from dabbling into crypto and also cajole local institutions into reconsidering the issuance of crypto assets.

The Indonesian government has not been straightforward with its dealings with cryptocurrencies so far. The local authorities decided to allow crypto trading despite restricting crypto payments back in 2017.