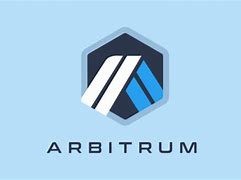 Offchain Labs, the developer of Ethereum scaling solution Arbitrum, which uses optimistic rollups technology, has launched its mainnet. The project has also raised $120 million in a Series B funding round.

The mainnet launch means the public can now interact with decentralized apps on Arbitrum, Offchain Labs co-founder Steven Goldfeder told The Block. Until now, only developers could launch and test their apps on Arbitrum, but now their users can use them, said Goldfeder.

Arbitrum is a Layer 2 scaling solution that promises to handle many more transactions than Ethereum at lower costs. It processes transactions on a sidechain that uses optimistic rollups technology and then regularly settles them in batches to the main Ethereum blockchain.

Arbitrum is the first scaling solution by Offchain Labs and the project is working on more solutions to scale Ethereum, said Goldfeder. “We will use the newly raised capital to grow our team and continue to invest heavily in R&D,” Goldfeder added.

There are currently 14 people working for Offchain Labs. Goldfeder said the project is hiring in all areas but expects the majority of its upcoming hires to be in engineering.

Offchain Labs’ Series B round was led by Lightspeed Venture Partners. As part of the deal, Ravi Mhatre from Lightspeed has also joined the project’s board. Other investors include Polychain Capital, Ribbit Capital, Redpoint Ventures, Pantera Capital, Alameda Research, and Mark Cuban.

The Series B was an equity round and brings Offchain Labs’ total funding to date to $124 million across three rounds of funding — seed, Series A, and Series B — said Goldfeder. The round also makes Offchain Labs a new unicorn in the crypto space with a $1.2 billion valuation.

Another Ethereum scaling startup, Optimism, also uses optimistic rollups, but the key difference between their approach lies in their respective fraud-proof logic, as The Block Research’s Afif Bandak wrote recently.

Put simply, when projects use optimistic rollups technology for their Layer 2 networks, they have to check whether transactions are valid and then post transaction data on Ethereum. But if they intentionally or unintentionally accept an invalid transaction, anyone can challenge them on Ethereum.

This is where Arbitrum and Optimism’s approach differs. Optimism limits smart contract sizes to what can be re-executed on Ethereum, while Arbitrum allows users to dissect smart contracts into pieces and prove fraud at the level of a single contract instruction, according to Bandak.

Goldfeder told The Block that Arbitrum “resolves disputes interactively and minimizes the amount of on-chain computation necessary to resolve disputes.”

© 2021 The Block Crypto, Inc. All Rights Reserved. This article is provided for informational purposes only. It is not offered or intended to be used as legal, tax, investment, financial, or other advice.