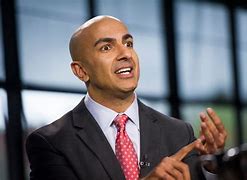 (Reuters) – Minneapolis Federal Reserve President Neel Kashkari unveiled a plan on Wednesday to prevent future government bailouts by forcing the largest U.S. banks to hold so much capital that they would probably decide to break up into smaller parts.

Kashkari’s plan would also penalize large asset managers, with the idea that so-called “shadow banks” can create systemic risks similar to that of big lenders.

“We expect that institutions whose size doesn’t meaningfully benefit their customers will be forced to break themselves up,” the Minneapolis Fed said in a summary of its plan.

The plan is sure to face fierce opposition from Wall Street. It would double the amount of loss-absorbing equity capital for large U.S. banks to 23.5 percent, thereby hurting profitability. It would also impose a new tax on hedge funds and other asset managers.

It may also be a tough sell for policymakers who have already imposed rules intended to eliminate the notion that some banks are “too big to fail,” or TBTF.

The prospects for Kashkari’s plan under the administration of President-elect Donald Trump remain to be seen.

Trump has been critical of Wall Street, and indicated he would support dismantling a 2010 financial reform law known as Dodd-Frank, but it is not clear whether he would support Kashkari’s approach.

Kashkari told reporters on Wednesday that he had no contact with the campaign before the election, nor has he had contact with Trump’s transition team.

However, lawmakers like Texas Rep. Jeb Hensarling, who runs the House Financial Services Committee, have also argued for ratcheting up capital requirements to a level that would prompt big banks to split apart. Senate Banking Committee members Sherrod Brown, a Democrat, and David Vitter, a Republican, have also introduced legislation seeking to raise capital requirements.

“I believe the biggest banks are still TBTF and continue to pose a significant, ongoing risk to our economy,” Kashkari said during a speech at the Economic Club of New York on Wednesday.

Kashkari has made “too big to fail” his signature issue since being appointed head of the Minneapolis Fed in January. He has held symposiums on the topic to get views from policymakers, academics and industry leaders about the best way to prevent future bailouts.

A former Goldman SachsGS.Nbanker who administered the U.S. Treasury Department’s bailout program during the financial crisis that erupted in 2008, Kashkari has positioned himself as a reformed Wall Street banker who knows best how to fix the problem. He also ran for governor in California in 2014, but has declined to comment on future political ambitions.

In a report following Wednesday’s event, Cowen & Co analyst Jaret Seiberg said Kashkari’s plan “catapults (him) to the front of the line for a key job if Trump wants to continue his anti-Wall Street stance.”

Dodd-Frank advocates have argued that existing regulations already prevent future bank bailouts. Capital and liquidity requirements are now much higher, leverage has come down, and big banks are required to undergo annual stress tests and maintain plans for how they would wind themselves down in the event of a failure.

But the Minneapolis Fed proposal argues there is still a 67 percent chance of bailouts happening again over the next century. Kashkari’s plan would reduce the likelihood to roughly 9 percent, according to the proposal.

Banks with more than $250 billion in assets would be subject to the proposed rule. That group includes Bank of America CorpBAC.N, JPMorgan Chase & CoJPM.N, Wells Fargo & COWFC.Nand CitigroupC.N, among others.

A group of so-called “shadow banks,” with more than $50 billion in assets, like Blackrock IncBLK.Nwould face a tax of at least 1.2 percent on their debt.

The Treasury would play a role in implementing the rule. If a bank or fund is above the asset threshold but the Treasury Secretary does not certify that it is not “systemically important,” it would face even tougher requirements.

However, banks with less than $10 billion in assets would see looser regulations, since they do not pose a threat to the U.S. economy, Kashkari said. Insurers would also escape the rule because their funding model is different.

Kashkari said he was “sympathetic” to the idea of loosening other regulations on banks if his plan is implemented.