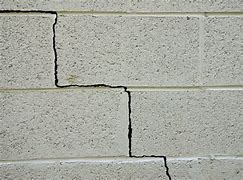 The Wikimedia contributor community has urged the Wikimedia Foundation, a non-profit that funds Wikipedia and other sister projects, to stop accepting cryptocurrency donations. The group decided against digital assets after a three-month debate over the ethics of utilizing cryptocurrencies.

Digital assets continue to gain new use cases daily, with their use to raise money coming to the fore in the current war in Europe. However, while many are ecstatic about the possibilities, others are not yet convinced about the technology.

The Wikimedia community proposal was reached following a three-month period, where contributors debated the merits and demerits of the technology. An overwhelming majority (71.7%) successfully argued in favor of the ban proposal.

Molly White, a software developer from the United States who edits Wikipedia under the handle GorillaWarfare, proposed the idea on January 10. White is also a known anti-crypto proponent and a loud Web3 skeptic. She regularly documents the mishaps in the space on her website and Twitter, highlighting stories not covered by mainstream media in her posts.

Following her proposal, contributors were allowed to express their support or objection to the notion. The proposal’s requests for comment page closed this week with over 326 contributions, of which 232 (71.7%) vetoed the acceptance of crypto donations. This signified overwhelming community support, with a significant minority in opposition.

Some arguments against digital assets included:

Those against the ban cited the following reasons for their stance

Although the proposal has been passed, the Wikimedia Foundation may not necessarily put a stop to crypto donations.

Wikimedia is a worldwide movement whose goal is to make free educational content available to everyone. The non-profit organization seeks to create a world where every human being can freely share knowledge. This has been achieved through numerous projects, chapters, and the non-profit Wikimedia Foundation’s support system.

The U.S. non-profit started accepting crypto assets in 2014. The platform’s director of payments and operations, Pats Pena, highlighted the move’s significance. He said,

“We accept donations globally, and we strive to provide a large variety of donation options. It is very important that we can get international donations processed in ways that are efficient and cost-effective.”

Over the years, the company has grown to accept donations in Bitcoin, Ethereum, and Bitcoin Cash. When questioned by White over its donations received through crypto, the Wikimedia Foundation was quick to provide details. It revealed that crypto made up only a tiny portion of its revenue last year, accounting for just 0.08% of donations.

The foundation further disclosed that it received $130,100.94 worth of donations in cryptocurrencies from 347 donors. Bitcoin was the most used digital asset. However, Wikimedia reiterated it has never held crypto. Instead, it spot-converts the donations into fiat daily, claiming that it does not pose any significant threat to the environment.

Do you think the Wikimedia Foundation should accept the proposal and stop accepting donations in crypto? Let us know your thoughts in the comments below.