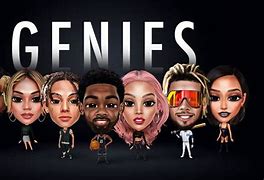 The Avatar Genies team said they intend to start an NFT exchange on the Flow decentralized platform. To that end, besides the support of Dapper Labs, they have raised more than $65M in the last funding round.

In addition to Dapper Labs, Coinbase Ventures, Breyer Capital, Bond, as well as Tull Investment Group invested in the company. The developers intend to invest the resulting amount in the creation of Genies NFT a trading platform that allows everyone to create a tokenized virtual avatar and then if desired, sells it. Avatar Genies intend to launch the beta as early as Q3 2021.

The developers see the main task of the project as creating a resource where users can represent themselves in the digital world. Previously, the creators intended to connect their “avatars” to centralized social networks so that their members could use them in communication. However, now, thanks to generous funding, the team’s plans have become more global.

The CEO of Genies said that the company was previously interested in the idea of ​​allowing celebrities to create their own avatars but then decided to expand the audience. Thus, after the launch, even 6-year-old children will be able to create their virtual incarnation in the NFT format. In addition to characters, users will be able to create both individual items and entire collections, and then sell them for cryptocurrencies.

Dapper Labs which backs the Genies project has previously had a successful track record of launching similar ideas called NBA Top Shot. This NFT platform with collectible cards containing short clips of the best moments of popular basketball matches also allowed people to collect their “crypto collection”, albeit not virtual, but quite real celebrities.