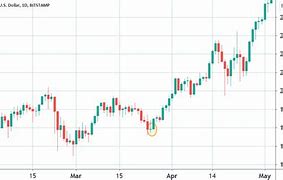 Ethereum holders should be prepared for changes in the future. On 25 June, $1.5 billion worth of options will expire. This is a date to mark on traders’ calendars. Ether (ETH) will see its biggest option expiration of the year on June 25. This represents $1.5 billion in open interest. For comparison, that’s 30% more than on March 26.

And why pay particular attention to this deadline? Because the previous such date resulted in a sharp drop in the Ethereum price. Over 5 days, the price of the cryptocurrency fell by 17% to 1,550 dollars.

After 25 June, Ether could therefore suffer a new backlash. However, this trend is difficult to anticipate. Our colleagues at CoinTelegraph also point out that the expiry of options then led to a sharp rise.

Thus, the fall followed a growth of 56% over the next three weeks. The Ether thus reached 2,500 dollars, in total decorrelation with the value of Bitcoin (BTC). Both scenarios are possible after 25 June.

However, several other parameters came into play in March after the options expired. On 11 March, Ethereum miners held a show of force to protest against the blockchain update to reduce gas fees and their revenues.

In addition, Visa announced its first native transaction on Ethereum and its intention to use the blockchain for future crypto transactions. Finally, in April, the Berlin update of Ethereum was deployed.

CoinTelegraph, therefore, warns against “jumping to conclusions” and speculating on the upside or downside of the upcoming $1.5 billion option expiration. It should also be noted that this expiration represents over 638,000 ETH options contracts, or 45% of the total open interest of $3.4 billion.

It should also be remembered that these options are different from futures contracts. They are divided into two categories, call and put options. The first allows the buyer to acquire Ether at a fixed price on the expiration date.

These options are part of neutral or bullish arbitrage strategies. Put options are generally used to hedge or protect against negative price movements.

However, there are a disproportionate number of “$2,200+ calls”. Clearly, if the price of Ether on June 25 happens to be below that level, 73% of neutral to bullish options will be worthless.

Want to stay updated on a daily basis?

Join us on Discord

Click here to go back to the news section