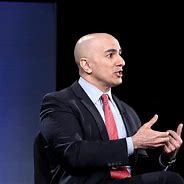 Cryptocurrency has long had its detractors, but few are as savage a critic as Federal Reserve Minneapolis President Neel Kashkari. Kashkari’s most recent salvo against cryptocurrency came on LinkedIn when he replied to a poll posted by Coinbase Chief Legal Officer Paul Grewal last week asking how Doge, the “joke” cryptocurrency now worth billions, was pronounced.

“Grabbing a taco at lunch today, I was in line behind two guys intensely debating Doge,” Grewal said on LinkedIn. “Their specific point of contention? How to pronounce the ‘ge.’ I just sat there silently before quickly removing my Coinbase hat before anyone noticed. How do you pronounce ‘Doge’?” He then posted a poll with three pronunciations.

“The right pronunciation is pon-zi,” Kashkari said in response to the poll. More than 200 people liked the message. Kashkari has long been a vocal opponent of all things cryptocurrency. He constantly tweets about the myriad problems with crypto and has made several public appearances deriding the concept itself.

At an event in Montana in 2020, an interviewer asked Kashkari if he’d rather give his 1-year old daughter a U.S. Treasury Bond or Bitcoin. Kashkari chose the hypothetical Treasury Bond and called cryptocurrency “a giant garbage dumpster…in the virtual-currency and cryptocurrency world, there are thousands of these garbage coins out there. Literally, people have been fleeced for tens of billions of dollars, and finally the SEC is getting involved in cracking down on this.”

For the curious, “Do-j” won the pronunciation poll.