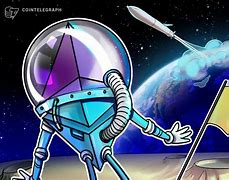 Multichain which was formerly named Anyswap, a cross-chain protocol raised a $60 million financing round worth $1.2 billion led by Binance Labs today. According to the press release, the series of rounds was joined by several other well-known investors such as Sequoia China, IDG Capital, Three Arrows Capital, DeFiance Capital, Circle Ventures, Tron Foundation, Hypersphere Ventures, Primitive Ventures, Magic Ventures, and HashKey. Apart from providing support financially, the group will also be jointly involved in the project’s development at a deeper level towards the common vision for web3 adoption.

Multichain who recently rebranded from Anyswap, was initially functioning as a cross-chain decentralized exchange or DEX since its inception back in July 2020. Then in 2021, the platform removed the DEX function in order to focus on its cross-chain bridge services.

Binance Labs has led the Multichain’s (formerly Anyswap) cross-chain funding round, in which the company has raised $60 million.

After the funding round, the company valuation has increased to $1.2 billion.

The total value of funds locked in the protocol (TVL) is near $5 billion.

There is some information on a vesting schedule in the docs but it’s unclear if this relates to the recent funding round, the number of tokens sold and if equity was included as well.

“Multichain financing is carried out in the form of tokens. The tokens are from the Multichain foundation allocation, and they are all locked in a certain period of time listed as below:

The MULTI token can be upgraded from the previously used ANY token using the 1:1 conversion app on Multichain’s website.

The total supply is capped at 100 million with current circulating supply at 18.6m.

Multichain has an interesting block explorer tool which we can use to gain insights and spot trends in how funds are moving between chains.

If we open up a browser console and check the network connections we can see the explorer is querying the following API:

The code for this I have open sourced at: https://github.com/jamesbachini/Multichain-Analytics

I started hitting rate limit issues after a while but it could be improved to track and store data over time to see how trends are emerging.

The remaining tokens are to be used at the discretion of the DAO with tokenomics being upgraded to a veMULTI model emulating The Curve Wars.

While details are currently sparse it seems likely that users will be able to lock up their tokens to gain voting rights on the relative weightings of future MULTI distribution.

We are already living in a multichain digital economy and have been since Binance Smart Chain launched in late 2020. This is only going to get bigger as more money moves from Ethereum which may end up becoming a chain of proofs rather than something that is used by individuals.

Multichain is growing fast with $35 billion in trading volume to date and looking to fulfil this niche to develop a first mover advantage. High gas fees on Ethereum’s mainnet are pushing retail users towards alternative EVM (Ethereum Virtual Machine) blockchains and there is a need for interoperability between chains.

Anyswap started out as a cross-chain AMM but in early 2021 they removed the DEX functionality to focus on bridging services.
In December they launched their new Cross-Chain Routing Protocol which aims to allow the interoperability of assets across blockchains.

The user interface is intuitive for anyone that has used an automated market maker before.

We look forward to having long-standing and deep cooperation with all supporters to achieve the common vision for #web3https://t.co/J1ParrDrsc

Binance Labs, the venture capital arm of the sprawling crypto exchange, has led a $60 million investment in Multichain, a cross-chain protocol.

Formerly known as Anyswap, Multichain builds infrastructure for a range of blockchains including Ethereum, Binance Smart Chain (BSC) and Avalanche. There is more than $5 billion in total value locked (TVL) in the protocol, and it currently boasts upwards of 300,000 users.

“Multichain is a key contributor to the multi-chain future for crypto.

Binance Labs, the venture capital and incubation arm of Binance cryptocurrency exchange, has led a financing round for the cross-chain protocol Multichain, previously known as AnySwap.

Multichain has secured $60 million in a preliminary fundraising round led by Binance Labs, the startup formally revealed on Tuesday, just days after rebranding from AnySwap.

Binance is strengthening its engagement with the cross-chain protocol in addition to donating funds to Multichain.