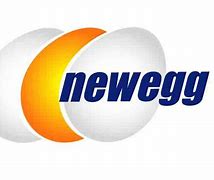 Newegg announced on Tuesday that the company has added this option through its crypto payment platform BitPay.

The company announced that this new feature kicked off with Doge Day – the community crypto holiday promoted by Doge’s supporters, will be celebrated on April 20th. According to online reports, Dogecoin supporters are clearly hoping DOGE hits $1 today.

Andrew Choi, Newegg’s senior brand manager, said the growth momentum in the cryptocurrency is “undeniable”. He pointed out, “The recent surge in Dogecoin value underscores the need to make it easier for customers to make purchases with this popular cryptocurrency.”

When Newegg partnered with BitPay in 2014, Newegg was one of the first major online shopping stores to accept Bitcoin (BTC). When the feature was first introduced in the United States, the company expanded its payment method to more than 70 countries.

“We’re committed to making it easy for our customers to shop however works best for them, and that means letting them complete transactions with the payment method that suits them best. To that end, we’re happy to give Dogecoin fans an easy way to shop online for tech,” said Choi.

Newegg’s entry into Dogecoin payments coincided with the rising price of DOGE, and at the time of writing, the altcoin is up more than 480% in the past 7 days. On April 19, DOGE’s market value exceeded $50 billion for the first time in history, and the token hit a record high of $0.45.