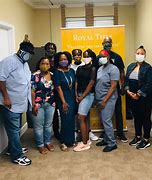 Originally occupied by Briscoe’s Grain & Bulk the building was sold to The George brothers who transformed the site into the George’s Federal Emporium. The four storey structure burnt to the ground on Friday 13th September 1889 in what newspapers described as “The Great Fire of Melbourne”.

Having been purchased by the Melbourne’s City Property Company, architectural firm Twentyman and Askew were engaged to build an arcade based on the Galleria Vittorio in Milan. The high quality workmanship of this period is evident throughout the building, from the magnificent etched glass roof with its spectacular dome to the elegant walkways embellished with intricate mosaics imported exclusively from Italy.

The Collins Street section was completed in February 1892 and the Elizabeth Street extension opened 20 months later. The arcade was soon to become Melbourne’s “high style” headquarters.

In the 1880’s Collins Street established itself as the burgeoning city’s premier throughfare. The northern side of the Street, between Elizabeth and Swanston Streets, was known as “The Block”.

A social must for sophisticated Melbournians was “doing the Block”. Elegant Melburnians paraded for hours, pausing regularly to engage in polite conversation or to enter the exclusive boutique, coffee houses and book stores. At one stage, even football took second place to “doing the Block”. Saturday games were timed to being after people had finished promenading.

From 1893 until 1907, The Victorian ladies’ Work Association ran a small tea room, previously located at shop number 6 in the Arcade. Frequented by polite society, it was a fashionable spot for lady shoppers to take lunch or afternoon tea in the 1890’s and as the popularity of the rooms began to grow they relocated to shops 12 and 13 where they have remained for roughly 130 years. Although the Association disbanded in 1907, they renamed the tearooms after their founder Lady Hopetoun, wife of Victorian Govenor and first Govenor General of Australia, Lord Hopetoun.

Today the The Tearooms are listed on the Victorian Heritage Register and The National Trust ensuring that not only are they protected but the tradition of the quaint atmosphere of old world gentility, refinement and quality continues.

From the emerald green printed wallpaper, the magnificent etched mirror, the chandeliers and the white and gold fine bone china, the decor is much the same as it was back then and we look forward to delighting you in the experience of yester-year.