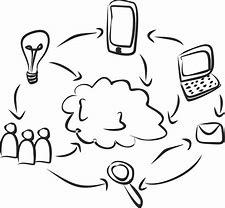 Vermont Gov. Peter Shumlin stunned the healthcare policy world last week when he announced the state was scrapping plans to create a single-payer system. The state said the economics didn’t work, but not everyone is convinced.

“This is all politics,” said Gerald Friedman, a healthcare economist at the University of Massachusetts at Amherst. “The most interesting thing in the governor’s statement is how little has changed in the economics.”

Shumlin has long advocated for a publicly funded healthcare system and even embraced it as part of his first gubernatorial win in 2010. When the state ratified the law establishing a single-payer-like system in 2011, many viewed Vermont as an incubator of whether it could succeed in the U.S. But until recently, officials didn’t really explain the major question that was on everyone’s minds: How exactly would the state pay for this system?

Vermont’s plan was supposed to work like this: All Vermont businesses would be subject to an 11.5% payroll tax, similar to how the federal government taxes them to support Medicare. For companies that currently offer private health insurance to their employees, the payroll tax would replace those private expenses. State residents would also pay a sliding-scale income tax. The income tax would be capped at 9.5%, and no Vermont resident would pay more than $27,500 per year toward the healthcare system. In exchange, all 626,000 Vermonters would have insurance policies that cover 94% of their healthcare costs.

The payroll and income taxes were expected to generate the $2.6 billion needed (PDF) to fund Green Mountain Care (the name given to Vermont’s single-payer system) in 2017. The plan would have cost almost $2.8 billion in 2018.

Shumlin said last week those tax figures were too high, and “the potential economic disruption and risks would be too great to small businesses, working families and the state’s economy.” The taxes weren’t the only obstacle, Robin Lunge, Vermont’s director of healthcare reform, said in an interview. The state also expected to incur higher costs by giving small businesses payroll tax discounts in the near term as a way to soften the transition. Smaller-than-anticipated federal funding, Medicaid provider-fee shortfalls and a slow economic recovery also hindered progress.

“Given these factors, the governor didn’t feel like we could credibly make the case that this would be the right thing for Vermont right now,” Lunge said.

The state also was trying to grapple with how it would cover workers who are employed in Vermont but live in a neighboring state. “Vermont serves so many people from New Hampshire and Massachusetts,” said Mujde Erten, a health economist at the University of Vermont. “When we provide (single-payer) insurance, how can we actually treat people from other states?”

But Friedman, who has drafted single-payer financing plans for states such as Pennsylvania and Rhode Island and supports the system, said many of those extra expenses were “a wash economically.” And he argued the $2.6 billion needed to finance the system was close to previous estimates.

Vermont commissioned two economists—Harvard’s William Hsiao and MIT’s Jonathan Gruber—to analyze the feasibility of single-payer in 2011. Hsiao is known for coming up with some of the framework for relative value units, or RVUs, which are used to determine pay for physicians. Gruber has become infamous for his comments that Democrats relied on “the stupidity of the American voter” to build support for the Patient Protection and Affordable Care Act.

Using the most aggressive modeling from the Hsiao-Gruber report (PDF), which called for a 17% payroll tax, Friedman said the state would’ve brought in about $2.7 billion of revenue. He also calculated his own alternative scenario this past June: The state would raise $2.5 billion if they levied a 10% payroll tax and a 10% tax on nonsalary income like capital dividends. Both figures are in the neighborhood of what the state reasonably expected would happen when the system went live in 2017.

“Nothing has changed in the amount of money Vermont needs,” Friedman said. “The bottom line is about the same.”

When asked if the state shied away from single-payer because Gruber’s politically toxic name was attached to the effort, Lunge said, “That obviously was something we were expecting to be brought up.” But she maintained the decision to scrap the plan for now “was truly focused on the numbers.”

The state also considered adopting taxes on dividends, but Lunge said that alone “can’t raise the kind of revenue to sustain the system in a sustainable way. If you only focus on one part of the taxpayer population, you create a system that isn’t as stable as you’d want it to be,” she said.

Conservatives, who generally oppose any kind of tax hikes, have consistently railed against single-payer models. Several small employers in Vermont have also skewered the plan. The National Federation of Independent Business said last week that single-payer “would be fiscally impossible without placing an overwhelming burden on the backs of small businesses.”

Friedman counters that Shumlin’s administration simply failed in the marketing of the tax burden.

“The governor’s office should’ve sent a letter to every household in Vermont, saying this is how much is being spent on health insurance for your family,” Friedman said. “Out of pocket, this is how much you’d be paying in state premiums.”

Lunge said the state is committed to healthcare reform, and Shumlin expects to keep the board of Green Mountain Care active as a way to hold down healthcare costs. The state could pursue another waiver in 2018, after the ACA’s Cadillac tax goes into effect, Lunge said. That provision levies a 40% excise tax on employer health plans that offer generous benefits and little cost-sharing.

But some believe the politics have stymied future progress in Vermont. “I don’t know what will happen in the future in terms of how they can make those negotiations again,” Erten said. “I think it will be difficult to go back.”