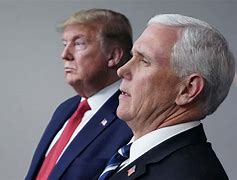 On December 29, 2020, a new petition was published on the petitions.whitehouse.gov site.

It addresses the Federal Government of the US and requests that XRP is deemed a currency.

The document mentions the recent legal action by the US Securities and Exchange Commission against Ripple that claims its native coin XRP to be a security that has not been registered by sold to institutional and retail investors in the course of seven years.

The lawsuit initiated by the SEC, the petition goes on, has impacted the XRP market negatively and has pushed XRP market capitalization value from $40 billion to $10.3 billion within just several days.

Numerous crypto exchanges have been delisting XRP, in order to maintain compliance, including such trading behemoths as Coinbase, Bittrex and Binance US.

All this is making ordinary American investors suffer financial losses and they are caused by the SEC, the document says, while FinCEN has already established that XRP is a currency.

So far, the document has collected 9,174 signatures. By January 28, a total of 100,000 people need to sign it in order to get a response from the White House.