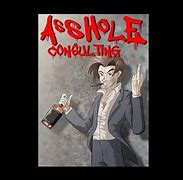 While banking policy was not a cornerstone of Joe Biden’s 2020 campaign, he nonetheless laid out some broad priorities for his financial regulatory apparatus, primarily focusing on fair lending and finding ways to expand marginalized communities’ access to loans and services.

The administration is sticking to that focus, particularly in the form of a newly energized Consumer Financial Protection Bureau. Rohit Chopra, the CFPB’s director, has expanded the scope of the agency’s review of so-called Unfair, Deceptive or Abusive Acts or Practices beyond traditional loans to include all manner of financial activity — a move for which he has been roundly criticized by the financial and business communities.

The Federal Reserve, Federal Deposit Insurance Corp. and Office of the Comptroller of the Currency have also issued a joint proposed rule to overhaul the Community Reinvestment Act, a project that was first embarked upon in the Trump administration.

But administrations are also driven by forces outside of their control, and again the Biden administration is no exception. Leaving aside the increasingly urgent imperative of taming inflation, regulators are also addressing climate change, implementing a new law for disclosing the beneficial ownership of corporations and a range of other priorities that can’t wait.

With the confirmation of Michael Barr as vice chair of supervision at the Federal Reserve last month, the administration will finally be able to put its mark on all of these policy areas and more. But there’s no guarantee these efforts will succeed, and any policy choices will likely be fought over in Congress and even in the courts.

What follows is a breakdown of the 10 leading regulatory battles being waged in Washington.